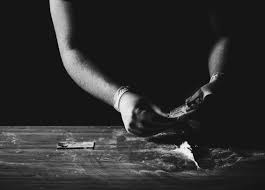 What does Eleos Counselling can offer?

addiction, in the East Grinstead area, people, not unlike yourself or someone you know. All therapy is client centred, that is that the client drives the treatment and goes as quick or as slow as he or she wants. Recovery from cocaine addiction can be a journey at Eleos Counselling we take pride in helping clients recover from their cocaine addiction at their own pace and in their own time. Eleos Counselling uses many cutting-edge techniques, to help the client understand the root cause of their cocaine addiction so they can efficiently recover.

How common is Cocaine use?

It would not be unusual to discover that East Grinstead, West Sussex is no different to any provincial town or big city in the, UK. Currently, the British Isles ranks as the biggest consumers of cocaine in Europe. Consequently, it would be no surprise to find that East Grinstead, West Sussex, is not unlike most of the towns in the United Kingdom, it follows that cocaine use is prevalent; cocaine is a drug which has touched many lives in the UK. Accordingly, the United Nations Drug and Alcohol website indicates that 2.25% of the UK population are currently using some form of a recreational drug, with cocaine being the most popular. Subsequently, to put all this information into some context, the population of East Grinstead, West Sussex is about 26,383 (according to the 2011 census) using the United Nations figures of 2.25% this would indicate that around 593 people are using some illegal drugs, in the East Grinstead West Sussex area. Nevertheless, you would be wrong to assume this figure was correct, as anecdotal evidence would support that a lot more people are using illicit substances, in places like East Grinstead, West Sussex than is reported. As a consequence, a great deal more people than 593 people in East Grinstead; if that figure was 15 times or even 20 times larger this would be nearer the truth; due to illegal nature of cocaine (cocaine is a class A drug). Naturally, many people would not come forward and say they have or indeed are using this drug.

Cocaine Effects: Can I become addicted?

Becoming addicted to cocaine is mostly about the purity of the drug and the user; that’s the short answer. The purity of the drug: it also dependent on the strength and chemical makeup of the cocaine used; like a lot of cocaine sold on the street is made up of filler or bashed (for a full list of these fillers, please click LINK). Of course, putting filler in cocaine or ” bashing” weakens the potency of the drug. Drug reinforcement agencies think that there is a two-tier system operating in the UK, with the high-strength, high purity cocaine going to the rich and an elite. Inevitably, there is a good chance that the cocaine that you buy from dealers or in pubs in East Grinstead West Sussex, is not pure. Official estimates suggest that street cocaine can be anything from 40 to 70% pure Another factor that is to be taken into consideration is that Cocaine addiction depends on the person.  Cocaine has a high mood-altering quality. Hence, it’s this mood-altering condition; that is psychologically addictive. Cocaine is known to have a very short-lived but intense high, which in time, can cause the brain to be rewired. Nevertheless, this high is followed by the opposite reaction: an intense feeling of depression, remorse and the sense of self-loathing. During a binge, a person will often forget to eat or sleep properly. They can also experience heart palpitations or a racing pulse, spasms, and in extreme cases convulsions and fitting. Cocaine users often report the feeling of being anxious, furthermore, increased  sense of paranoia, during and after using the drug. 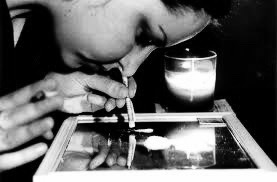 Cocaine is frequently mixed with alcohol, combining the two substances become something called Cocaethylene. Cocaethylene is produced in the liver when the two elements are incorporated, this much more toxic than cocaine alone and potentially life-threatening. Cocaethylene has been linked with sudden death syndrome. Often many people use cocaine will also use alcohol to stretch out the euphoric feeling. Also, people use cocaine so they can drink longer, this can be deadly, as often people will consume more alcohol than they usually would, resulting in alcohol poisoning.

Psychological Addiction: What is it, and can I be psychologically addicted to cocaine?

The concept of psychological addiction can be difficult to comprehend, as sometimes this looks the same as a physical addiction. The confusion arises as the person in question will psychologically crave the substance or object. However, it is essential to consider, that for some people their addiction, is purely psychological, and divorced from a physical dependency on cocaine. Recent research has suggested that a concept called neuro- adaption takes place when we engage in something pleasurable. This idea is co-joined with the idea of neuroplasticity; the brain is in a constant state of readjusting to its environment emotions and feelings and experiences.   Fundamentally, the addiction results from a relationship between you and the object or substance. Neuro- adaption takes place when the brain is rewired. Release chemicals called dopamine, which in turn makes one feel better, this experience, in turn, trains the brain to want and need the substance or object; so that addiction can occur even without using drugs or alcohol; a case in point could be gambling or shopping addiction.

Substance dependency is defined by 3 or more of the following occurring together.

How can Counselling, Psychotherapy, help my cocaine habit?

Counselling/psychotherapy have been found to improve the chances of full recovery from many forms of addictive behaviour significantly, whether that is a chemical dependency or psychological addiction. Using cutting-edge techniques and older, more proved methods, I have helped client gain full recovery from substance misuse.