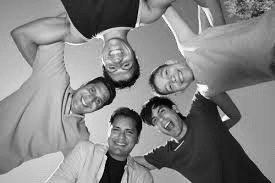 Psychotherapy for Men in Crawley and East Grinstead

The word counselling can often bring terror to any man. One of the myths that we as the modern societies have is that “men don’t seek help”.  You would not be looking at this page if you were interested in seeking help, for yourself as a man, or a man in your life. Eleos Counselling has many years of working in Crawley and East Grinstead helping men, not unlike you or a man you know, through difficult and often painful emotions and feelings.

A recent report conducted for the NHS compared the rate of male to female suicides. The study uncovered some alarming facts’, saying, the incidences for men who take their life is roughly three times higher than that of women. The assumption is then that 1) all men function fine in today’s culture and 2) that the outcome of being male in a  “masculine” society is always beneficial. The fact that the biggest killer of young men between 18 and 35 is suicide in the UK, somewhat, debunks this urban myth. Masculinity today has changed significantly from times past. Society has some harsh realities for men, particularly young men, elders, and men who aren’t among the rich and powerful. Critics could argue that “society” is gender neutral and viewing both men and women as gaining in always possible, in today’s world.   Anecdotal evidence would suggest that male client need a different form of counselling, than that offered to female clients. At Eleos the differences is apparent, I tailor the therapy to the need of the man, and will not try to fit you into a theoretical model.

So what is your approach to counselling males?

Men, such as yourself or someone close to you, are often told that they are out of touch with their feelings.  In my experience, nothing could be further from the truth.  Men often come from a basis of guilt and shame and find to trust hard, this is one of the first thing that is worked on in therapy. It is out of this relationship of trust that the real work can be done.

How Eleos counselling can help you as a man 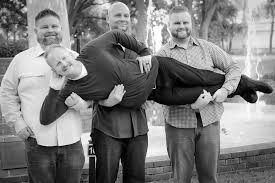 At Eleos Counselling therapy can be short or long-term and Men’s counselling can be a coaching process that focuses on action. Eleos Counselling doesn’t assume that “men’s issues” are code for “fixing” problem men. True, men do tend to put their feelings on the back seat when there is a team purpose is to be achieved. However, aside from the temporary “for the team,” situation, men tend to be very clear about how they feel. In addition, current therapy models move quickly to what one “thinks” and what one “does.” In my experience, talking about what they think and do is very comfortable terrain for men.

Therapy at Eleos Counselling does not start with the assumption that because it is a man’s world, men have it easy. If you have stress from a situation in your life or maybe initially there has been concerning you for many months or years and you need to speak frankly about issues or concerns in a confidential, safe place then  Eleos can provide the space for you to do this. It involves talking with someone, who is trained to listen with empathy and acceptance.

Contacting me can be the first step in recovering the man inside. You can contract me by email, land-line, or mobile on any of the numbers on the Connect us page. All phone calls and emails are treated in strict confidentiality.